Early steps in to the project

The idea was to control a virtual game object with the EEG data extracted from Neurosky Headset. Hence, I created an Android app in Unity editor for changing the rotation of a virtual cube on a voluntary blink. The next step was to use an AR object and control it via EEG Data

Images for Demo of the project 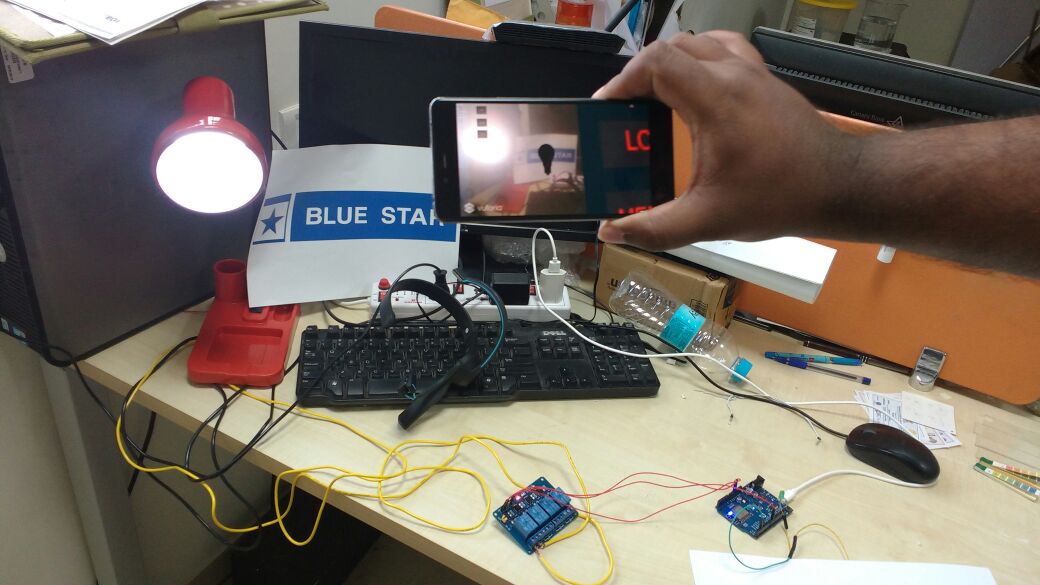 I worked on this project as a research assistant at the Cognitive Neuroscience lab, BITS Pilani. I worked on integrating three concepts in this project namely BCI, AR and Home Automation. I developed the AR app for both Android and iOS devices using Vuforia AR SDK in Unity Editor, which received the Raw EEG data from the EEG headset. Blink Strength, Attention and Meditation levels are calculated in the App in Real time and are used as thresholds for switching on/off a particular device. I also worked on the communication(WiFi) between the AR app and the Arduino associated with the device. Device used was a Table Light. The results were good, so I presented my work on this project at ICNTET 2018 - an International IEEE Conference in September 2018 and the technical paper is in publication process.

The project can be upgraded to controlling an electric wheelchair also