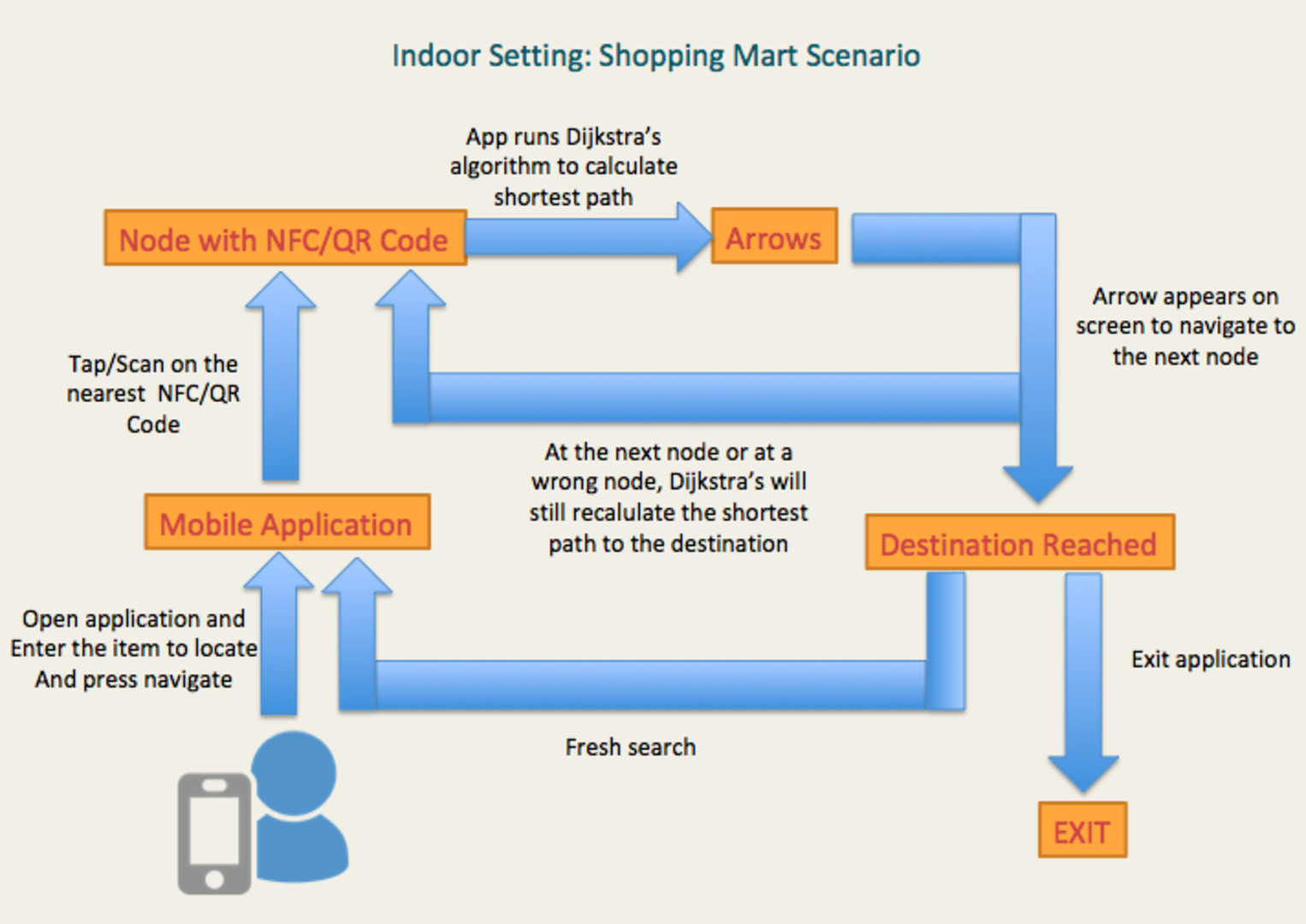 Flow chart of the S-MART application

Working of the app

Scheme 1: (From top left, clockwise)(1) Enter the Destination (2) Tap the nearest NFC tag (3) Follow the Arrow direction and click on Tap NFC button to go back to (2) (4) This screen is shown when the user taps the destination linked NFC


The project was done as a part of the course titled Software Development for Portable Devices, a novel design of Augmented Reality Android Application called S-MART interfaced with NFC or QR codes to support product searching and indoor navigation in a variety of avenues like shopping malls is done.

I developed the AR application in Unity editor, worked on the indoor navigation scenario with NFC and QR Codes